Canada’s Economy Shrank by Almost 20% in March and April, but Turnaround Seen in May Data

Canada’s economy shrank by 11.6% in April, the biggest plunge on record, following March’s contraction of 7.5% as COVID-19 lockdowns began. On June 30, Statistics Canada reported that all 20 categories the data agency tracks were lower, and they added up to the biggest monthly plunge since record-keeping began in 1961. April’s plunge means the economy at the end of April had lost almost one fifth of the output it produced at the end of February.

Manufacturing was down by 22.5% from March’s already low level, while construction plunged 22.9%. Within the retail segment, hotels and restaurants were down by 42%, while arts and entertainment fell by 26%. 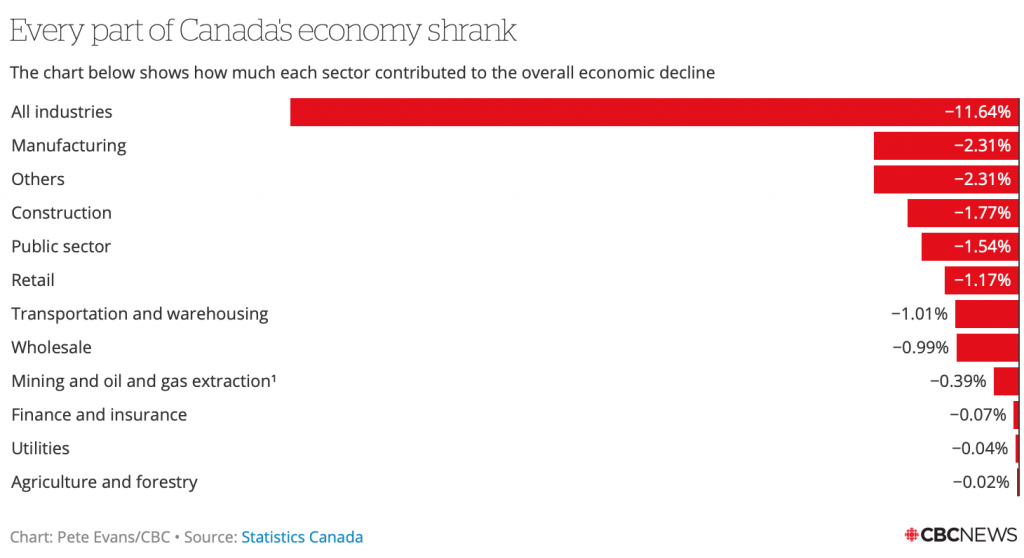 Not as deep as forecast

Toronto-Dominion Bank economist Omar Abdelrahman said that sectors where work-from-home options are more feasible fared better. That included industries such as finance and insurance (down 1%), professional, scientific, and technical services (down 1.3%), and real estate rental and leasing (down 3.5%).

Though record-setting, April’s plunge was actually not as deep as the 13% contraction that economists were bracing for. And while the numbers certainly underlined the bleak state of the economy in the depths of COVID-19, the data agency did hint at a light at the end of the tunnel, with preliminary GDP numbers for May projecting a slight uptick after bottoming out in March and April. “The good news, such as it is, is that there are plenty of signs that April will mark the nadir, and StatsCan’s first estimate for May is a moderate 3% rebound in GDP from the depths,” Porter said of the numbers.

A 3% bounce back may not sound like much after a decline of more than 18%, but if it happens it would actually be the biggest one-month increase in GDP on record. And a sign of just how long and slow the climb back to normalcy for Canada’s economy is likely to be. “We expect a bigger bounce in June, as the economy reopened more fully,” Porter said.

Economist Irene Lauro, of London-based investment manager Schroders, expects rebound to gain steam over the summer, partly because of some of the unintended consequences of some of the measures implemented to deal with COVID-19. Typically, Canadians spend more when they visit abroad than foreigners do when visiting Canada, so border lockdowns could actually end up being a net positive for Canada’s tourism sector. “Canadians will travel locally. And they will spend in the country rather than outside the country,” she said in an interview. 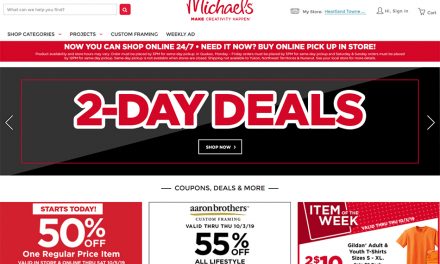 Michaels Launches New Website for the Makers of Canada

Workers in the Gig Economy Feel Lonely and Powerless